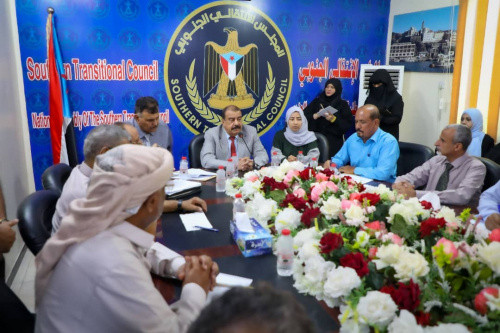 The meeting discussed the political, economic and social developments in the southern arena, and the results of the visits of the envoy of the Secretary-General of the United Nations, and the delegation of the European Union, the Russian ambassador, and the American envoy to the capital, Aden, and their meetings with the leaders of the Southern Transitional Council.

The administrative body of the National Assembly also stood before the economic and living situation, and the collapse in the local currency exchange rate, and the daily rise in prices and its direct impact on the living life of citizens.

The administrative body will continue its meeting tomorrow to complete the rest of the issues on its agenda, provided that a final statement is issued with all the issues discussed.

https://sadaalhakika.com/news/26036
You for Information technology